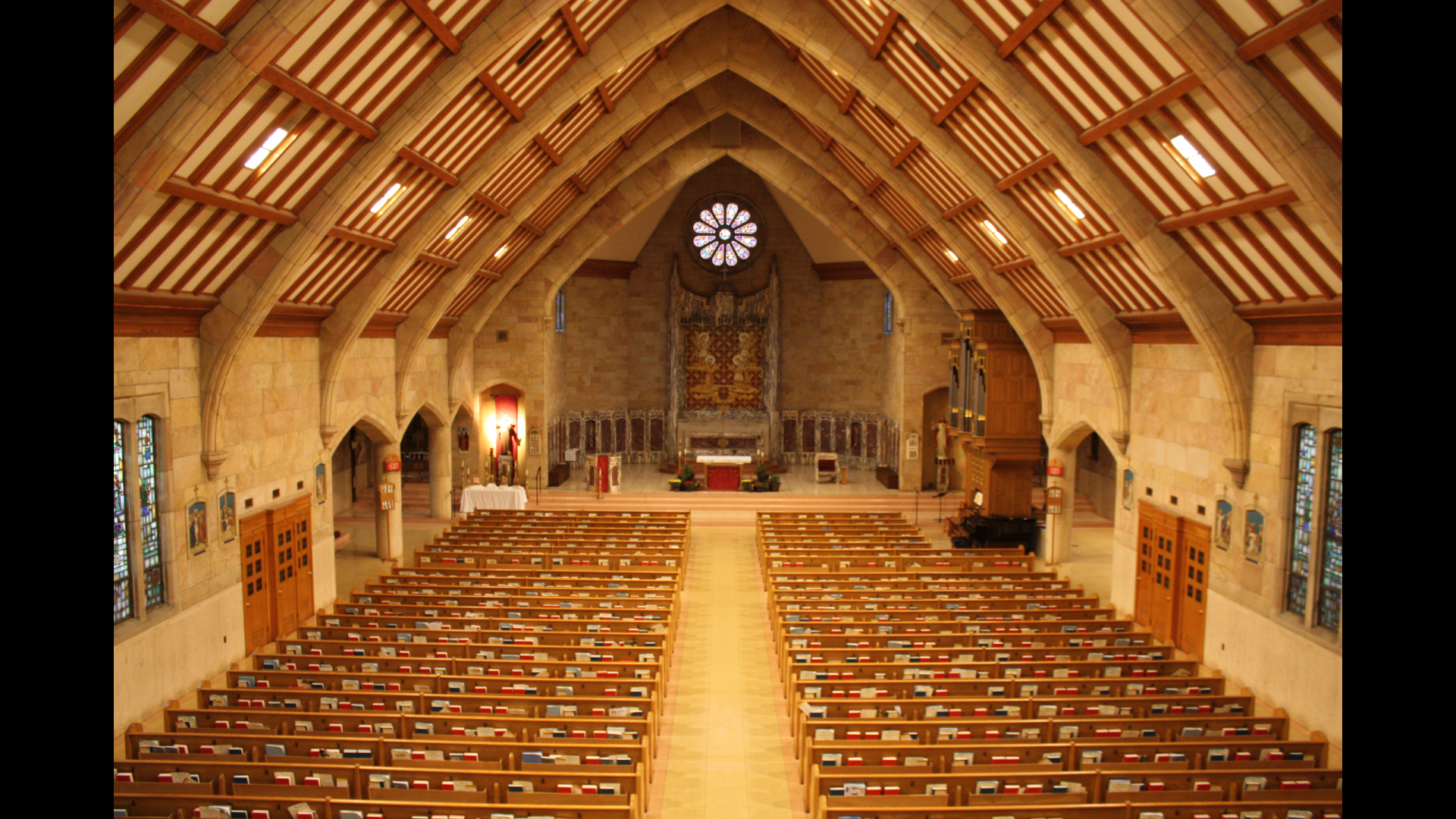 In 1885 Louisville Bishop William McCloskey appointed Rev. Bernard Westermann to establish a new parish in the fast growing Highlands area just outside the city along the Bardstown Pike. There is no record of why a parish serving German farmers and staffed by diocesan priests was named for Francis of Assisi.

​Nevertheless by March of 1886 construction was started on a new frame church at the corner of Bardstown Pike and Bishop’s Lane (which has since been re-named Rutherford Avenue.) Only four months later, on July 4th, the new church was dedicated. There were about forty-five families in the parish at the time. Next to the church were a wooden rectory and a frame, two-room schoolhouse staffed by the Sisters of Mercy.

In 1921 Rev. Theodore Reverman was appointed pastor, and soon began planning a new church and school to serve the fast-growing population. The new school building, housing a temporary church, was dedicated on July 4, 1925, the fortieth anniversary of the dedication of the original church.

By 1936, when St. Francis celebrated it’s fiftieth anniversary, it had grown into a community of 650 families, with 533 students in the school. Plans were made in 1941 for a new church building that would face Rutherford Avenue, but when the United States entered World War II later that year, those plans were put on hold.

It would not be until July 4th, 1950, the sixty-fourth anniversary of the dedication of the first church, that the cornerstone would be laid for the current church under Monsignor Edward Link. Meanwhile, the original plans were abandoned for the English Gothic style church that stands today.

Throughout the 1960’s and 70’s St. Francis changed most through the implementation of the reforms of the Second Vatican Council. A long tradition of excellence in liturgy led eventually to a new altar, blessed sacrament chapel and organ for the celebration of the centennial of the parish in 1986. More fundamental changes though, came in the expansion in the ministry of the people. New structures like the parish council and finance council were implemented early on. St. Francis became involved in ecumenical outreach through organizations like the Highland Community Ministries.​

Now in the 21st century, the parish of German farmers has become a thriving, diverse urban community that actively seeks to minister to the needs of its people, its neighborhood and the world.

​Our Church and Grounds

Dedicated in 1952, our current church building was designed in a modified English Gothic style by Louisville architects Walter Wagner and Joseph Potts. It is the only church in Louisville built of sandstone from the quarry of St. Meinrad Archabbey in southern Indiana. Its interior is finished with Italian mosaics and marble. The large mosaic in the sanctuary depicts St. Francis comforted by angels. The stained-glass window over the main entrance depicts scenes from the life of St. Francis, while the other windows in the nave depict the church’s liturgical year. The sanctuary of the church was renovated in 1986 in celebration of the parish centennial. And in celebration of the new millennium, the original 1886 bell from our first church was refurbished and hung in the north tower.

The St. Francis of Assisi Statue on the grounds outside the church building is a bronze statue of St. Francis preaching to the animals by Louisville sculptor Charlotte Price. It was completed in 1986 as part of the centennial celebration.

The Parish Offices and Rectory were built in 1928, the Rectory served as a residence for our parish priests into the 1990’s. As the staff of our parish expanded the rectory has become the main office and a meeting space for our parish.

The current school building is the largest building on our grounds. Completed in 1926, it was built to house the school, the residence of the sisters who taught at St. Francis and a temporary church. With the intervention of the Great Depression and World War II, it would continue to house the church for 26 years. It was home to the sisters until the parish acquired a house next to the school building on Alfresco Place for their convent. It continues to house our school. Meanwhile the space that was once used as a church has been converted into a gym, and the room under the gym serves as our parish hall.

The Adult Spirituality Center located next to the school building on Alfresco Place is a house that currently serves as our spirituality center. It is used for prayer groups, bible studies and meetings of all types.